A multinational biopharmaceutical company had previously upgraded their wastewater treatment system for a GMP facility using multiple firms. They contracted an Environmental Engineering Consultant to design the system, an equipment manufacturer to build the system, and a mechanical contractor to install the system.

As a result, the gaps in the design were projected and magnified in the equipment manufacturing, and further magnified in the installation. The tank systems overflowed frequently, the tank internal baffles broke off, the mixers failed after 1 year of operation, and the pH sensors prematurely fail and are almost impossible to maintain.The system also reduced the piping size to accommodate a flow meter that is not designed for low flow and caused a code violation, a plumbed system that leaks, and a bottle neck for solids blockage.

Practical Applications was contracted to re-engineer the entire system while it was in full operation. PAI’s team identified the major components that needed to be replaced and developed a plan to carefully replace one component at a time as to not interfere with production. This had a significant impact on the project budget but allowed the client to stay in compliance and continue to operate without a shutdown. 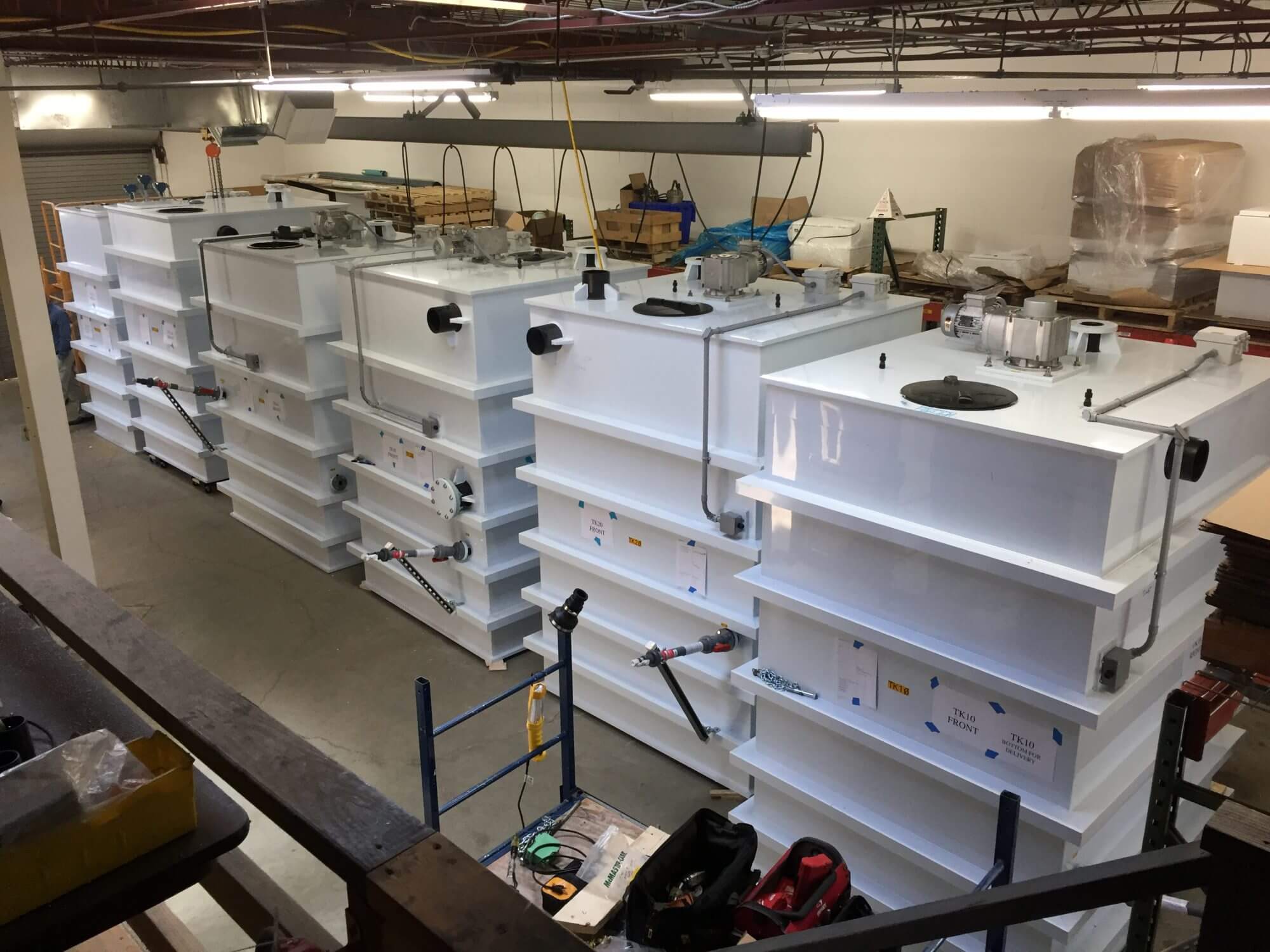